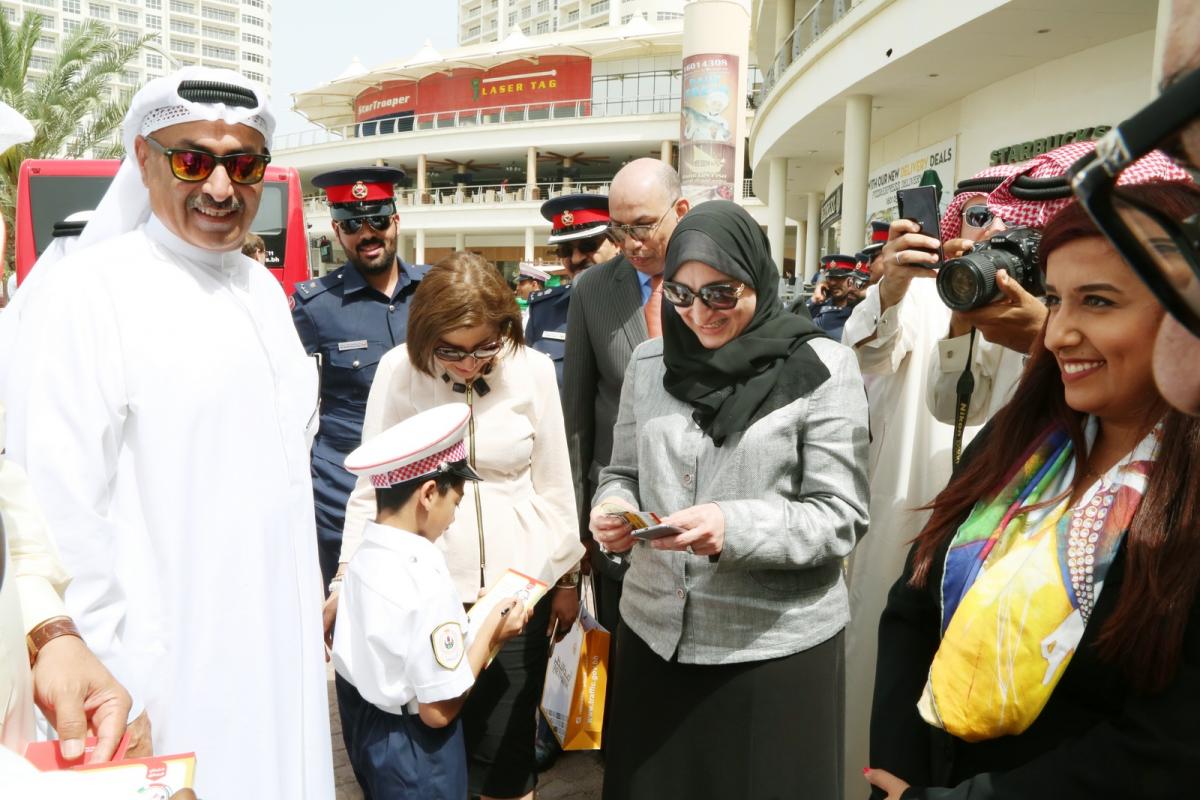 Being held March 13 until 30 by the General Directorate of Traffic (GDT) under the theme "Your Decision Determines Your Fate".MTT Undersecretary of Land Transport Affairs and Post, Her Excellency Engineer Mariam Ahmed Jumaan, said, "It's a pleasure to participate alongside the General Directorate of Traffic toraise awareness of traffic safety issues at the 32nd Gulf Traffic Week. Our participation is a result of close collaboration between the two Ministries and their common goal to serve the community.  We have used the public transport buses to help spread of the public campaign. The Ministry is also participating in the Traffic Village located at Amwaj Islands with a special podium to showcase all public transport services and safety features provided to passengers, in addition to posting awareness posters at selectedbus stops, throughout the event”.

Her Excellency also stressed that the theme "Your Decision Determines Your Fate" is a reflection of the mutual efforts by the concerned authorities of traffic safety in the Gulf Cooperation Council, Land Transport and Postal Affairs, and  GDT to minimize traffic accidents, and safeguard lives and property.